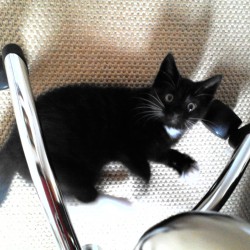 Oh, hai! I read books, then I write down what I think of them.

Welcome to my A - Z challenge! And yes, come December I will be getting creative to make sure I win.

The A-Z reading challenge is the brainchild of Sock Poppet at Play and the discussion group is here.

G is for Geography (the story takes place in at least two different countries) - Of Marriageable Age by Sharon Maas (takes place in India, England, and British Guinea)

H is for Heart (it's a love story) - A Concise Chinese-English Dictionary For Lovers by  Xiaolu Guo (I actually wouldn't have said it was, but the blurb calls it a Rom Com so...)

I is for Ice (the setting is cold - snow, ice, rain) - Burial Rites by Hannah Kent (it takes place in Iceland.

J is for Jokes (the book is humorous) - Let's pretend this never happened by Jenny Lawson. Like her blog, it made me laugh hard enough to embarrass myself in public. Although it should be noted I don't need her help for that.

N is for New-to-you author - Natural Causes by James Oswald. I will possibly read more by him.

O is for Out of This World (where the story takes place) - The Explorer by James Smythe, which is set in space

Q is for Question Mark in the title - Is Everyone Hanging Out Without Me? by Mindy Kaling

S is for Sequel to a book you've already read - The Echo by James Smythe, sequel (or at least followup) to The Explorer

T is for Time (the book travels time, moves through time quickly or flashes back) - The Woman who Stole My Life by Marian Keyes (contains flashbacks)

Y is for Yo-Yo (your emotions were up and down as you read the book) - The String Diaries by Stephen Lloyd Jones (A mixed bag of emotions for me - good bits, bad bits, overall ... meh)

Z is for Zoo (there is an animal on the cover) - Cat out of Hell by Lynn Truss has a kitty on it. An evulz kitty.